EXPOBONSAI UK 2018, 8th April 2018
For some years now the UK has had a number of bonsai shows catering to club members and a small number of individuals but what we have been lacking in recent times has been a show dedicated solely to the individual enthusiast. The successful Bonsai Europa in the north proved that it could work but things were lacking in the south. A small group of enthusiasts decided that they were willing to see if they could be successful in giving those individuals what they wanted. Steve Hale of ‘The Splinter Group’ along with the already successful Heathrow Bonsai Show team spent a year in organising what they hoped would be the answer. Steve took in hand the selection of trees from all areas of the country and the Heathrow team led by Mark & Ming Moreland along with Brian Wallin provided a venue that would work but more importantly an ability to organise the physical aspects and fluid organisation involved in such a major task. Regular meetings and many hours spent chasing down both trees and traders finally brought us to the event on April 8th at a sports hall complex near Heathrow Airport. On the day over a hundred trees along with 35 traders assembled into the complex and started the morning with a welcomed breakfast butty provided by the team. The emphasis in the tree selection process was placed on the need for exhibitors to display in an appropriate manner rather than just place them on the tables and the exhibitors did not disappoint. Display was welcomed at any level from traditional Japanese style right through to abstract and the show tables did just that. To further the incentive to do their best the displays were judged in 6 classes and trophies provided by 6 professionals but judged by a 7 man team of amateurs. Along with annual shields hand made trophies were also presented having been made by Esther Griffiths and Graham Jenkins. Trees had been selected with diversity in mind along with quality and this proved a great success. The slow British spring weather had caused issues with some trees but willing reserves were able to jump in and display at short notice. Flowers had been especially slow this year but let’s face it, in Japan the appearance of a bud about to burst is valued as much as we value a full flower. There were however 3 wisteria in bloom which came as a huge surprise and was proof of the owner’s abilities in that field. The quality of trees on show was superb and varieties covered the entire spectrum of sizes. Everything from native collected blackthorn through to old imported Japanese maples filled the hall with something for every taste. In the trade areas the entire spectrum of bonsai products was covered. Trees at all levels and qualities along with pretty much every British potter along with all other goods meant that many left the halls with full shopping bags. So, was it a success? The best display in show was chosen to be John Pitt’s stunning blackthorn which simply gets better and better. Feedback generally has been superb with many having already registered their interest in submitting a display at the next show on April 7th. 2019. If you have an interest in submitting a display you can register your interest at ebuk18@gmail.com . A small amount of fine tuning will take place but essentially the formula worked and exhibitors and public alike were happy. May that continue!
the winners of the Expo Bonsai UK show on 8th April 2018
Congratulations !!! 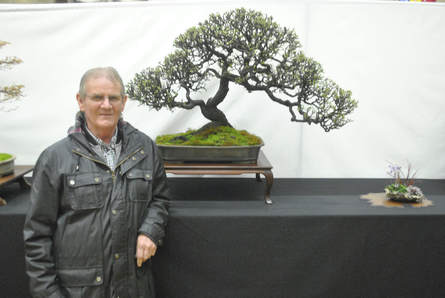 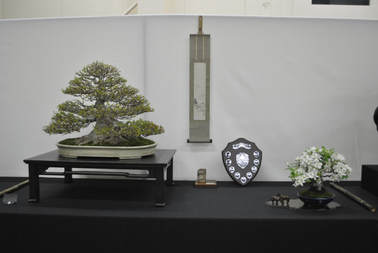 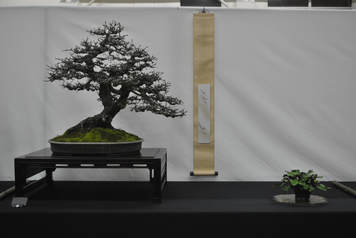 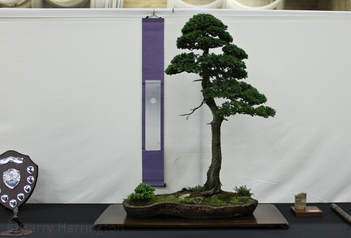 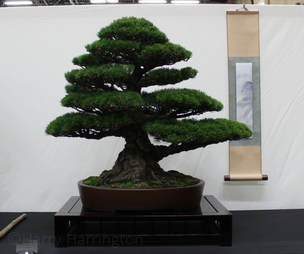 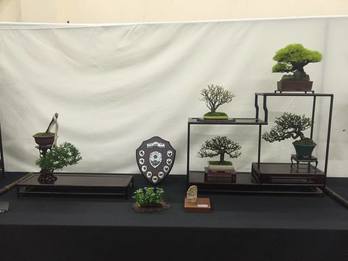 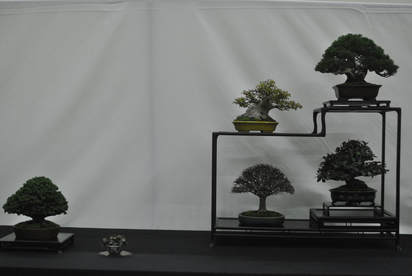 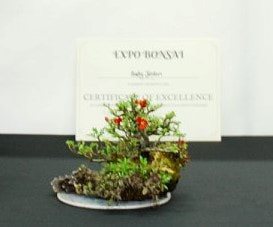 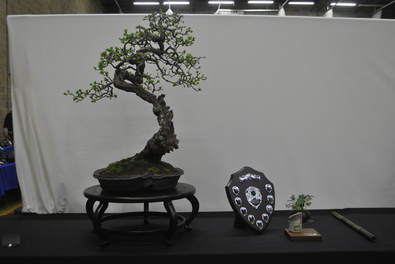 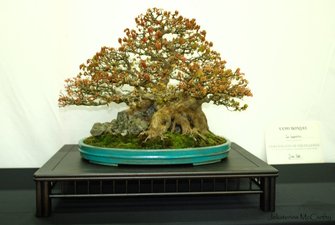